Three researchers from the University of the Witwatersrand (Wits) have ranked in the top 1% in their fields globally, according to media and information firm Thomson Reuters.

They are listed among 3 087 researchers that received the distinction in the ‘Highly Cited Researchers 2016’ report. 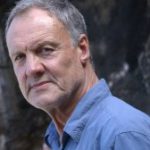 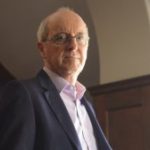 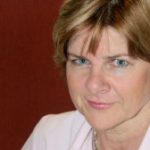 The report is published by Clarivate Analytics, formerly the Intellectual Property and Science business of Thomson Reuters. The yearly list recognises leading researchers in the sciences and social sciences from around the world.

The 2016 list focuses on contemporary research achievement – only Highly Cited Papers in science and social sciences journals indexed in the Web of Science Core Collection during the 11-year period 2004 to 2014 were surveyed.

Highly Cited Papers are defined as those that rank in the top 1% by citations for field and publication year in the Web of Science.

Honoured Professors
Henshilwood has a 15-year National Research Foundation- (NRF-) funded Research Chair and holds a distinguished professorship within the Department of Science and Technology–NRF Centre of Excellence for Palaeosciences at Wits.

With his research team he increasingly provides evidence of an African origin for behavioural and technological modernity associated with Homo sapiens from about 100 000 years ago.

Mathew is a distinguished professor in Human Genetics in the Sydney Brenner Institute for Molecular Bioscience in the Faculty of HealthSciences at Wits, as well as head of the Complex Disease Genetics Group, Division of Genetics and Molecular Medicine at King’s College London, in the UK.

He has made significant contributions to the discovery of the genes involved in a range of monogenic and polygenic disorders, which have been recognised by his election as a Fellow of the Academy of Medical Sciences in the UK.

Morris is a research professor in the School of Pathology in the Faculty of Health Sciences at Wits University, and heads up the HIV Virology Laboratory in the Centre for HIV and STIs at the National Institute for Communicable Diseases, a division of the National Health Laboratory Service.

For the past 24 years, Morris has been researching the virological and immunological aspects of South African HIV-1 subtype C infection, making significant contributions to the understanding of how the HIV antibody response develops. HIV vaccine development is now a major focus of her research and she is responsible for performing neutralising antibody assays on human clinical trials conducted in South Africa.