Triumphalism – Will it ‘come to pass’ in SA 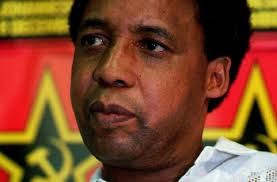 I remember that scary day when Chris Hani was assassinated.  Eish, we all trembled, wondering if the centre could hold.  Or if it would spark civil war?  But that night Madiba went on TV and saved the day.  South Africa experienced nothing less than a miracle.  Democracy was born, although the birthing was bloody.

Today was the second time I sort of trembled at what we are watching in the news.  What came to be known as Triumphalism is literally falling apart.  To me it is a second miracle, another answer to prayer, another testimony to the courage and wisdom that is so deeply embedded in this country.

Triumphalism was peaking about 3 years ago, when a plane full of tourists from India, coming to attend a wedding of friends of the president, landed at Waterkloof airforce base.  That was the height of arrogance, and only added to the impression that scandals like Inkandla and Marikana had already left, that government officials could get away with murder.  With impunity.

Compared to the opposition parties and the free media, C4L’s voice is just a little squeak.  But some of you probably got tired of hearing me squeak about it?

Going back further, I can remember the small voice I spoke with when I worked for World Vision in the 1980s.  Nelson Mandela was still in prison.  The apartheid regime had wreaked havoc in Angola and Mozambique.  Zimbabwe led the “front line states” in an effort to contain South Africa’s policy of “destabilization”.  On one of my home leaves, I spoke about this in my home church in Canada.  I remember seeing a South African immigrant to Canada (white) get up and walk out during my sermon.  But that was what was happening, and I was reporting on it.  I spent a lot of time in both Angola and Mozambique in the 1980s and I saw it with my own eyes.  So I understood the political analysis.

History is repeating itself.  Because what I have seen and heard myself in my work running an NGO with a youth focus has been a dialectic with what I have been reading in political analysis.  I didn’t invent the term “Triumphalism”.  In fact I first heard it from Kgalema Motlanthe, the third president of this young nation.  He stepped into the gap when Thabo Mbeki was recalled.  Then Jacob Zuma was elected as the fourth president.  Motlanthe has been a moderating voice during the period since, and he himself tried to temper this trend to “triumphalism”.  He rightly predicted that it would cause a backlash.

They don’t call it Triumphalism over in Mozambique, they have another name for it.  They call it “cabritismo” which means “goat-ism”.  This derives from a proverb that says: “a goat eats where it is tethered”.  But both countries talk a lot about “impunity”.

Well the news today is full of startling developments:

1. The Hawks are the elite police that replaced the Scorpions.  Closing the Scorpions was one of the opening acts, and one of the classic acts, of Triumphalism.  It was too independent and replacing it with the Hawks was a way of putting it on a leash.  Suddenly though, yesterday, you had even ANC parliamentarians cross-examining top brass of the Hawks, and they got scalded.  Live on TV.  They presented a report to Parliament summarizing their review of all government ministries.  But there was no mention of the “public enterprises” (called “parastatals” in other countries).  It was even stated by the review committee that PE’s seemed of late to be the “cash cows” of the triumphalists.  So why were these not being probed, the committee wanted to know?  They gave the Hawks a week to return with a complete report.  It was epic.

2. Then you have the National Prosecuting Authority.  It threw out the corruption charges against Jacob Zuma, a decision which was contested in court by the DA (loyal opposition party).  A recent court decision called the NPA’s action “irrational” and demanded that the dossier be handed over to the DA.  But triumphalism isn’t dead (yet) and so far it has not been handed over.  Just today, though, two senior NPA officials were disbarred by the High Court.  They had been prosecuted by their own Bar Association for this case mentioned above and two other similar (triumphalist) cases.  The court said that these 2 senior NPA officials should be disbarred.  They were both instrumental in recruiting a new Director who would uphold the “irrational” decision.  Now it looks like he is losing the ring of people around him who made that in the first place.  The court ruled today again that the dossier should be handed over to the DA.

3. Now get this.  Everyone has been holding their breath – and the SA Rand has been sinking – over a showdown between the Finance Minister and, you guessed it, the Hawks.  The Finance Ministry of course is a big portfolio.  Treasury is resourced by taxation and that is done through SARS (SA Revenue Service).  The Finance Minister’s annual budget then allocates resources to all the ministries where the spending comes in.  So SARS is a key department and after weeks of the Finance Minister being intimidated by the Hawks, we learn that the second-in-command in SARS has had his fingers in the till; that this was reported to his boss three months ago, and to the Hawks; but they did nothing.  Not until the DA stared probing around it in Parliament.  So today he was suspended pending an investigation

4. This week we are told that Jacob Zuma finally paid back the money for the improvements on his own house.  At last.  (Although opposition parties are asking for proof of payment.)  So a key decision of the Public Protector was finally upheld after 2 years and various attempts at ducking and diving by the triumphalists.  We are delighted to hear, also today, that before she leaves office (her 5-year terms is almost up) she will be finished her report on “state capture”.  This has been another huge concern, basically because Triumphalism looks like it was being financed with Asian money.  There were strings attached.

Now I think I’ve said enough to explain why today I am trembling again.  Not with dread this time, but with goosebumps.  Once again South Africa is renewing itself.  It will rise from the ashes of waste, corruption and patronage.  I could have mentioned that even an ANC municipal council this week ordered its Municipal Manager to return a car that he paid R1.5 million for – since the recent elections.  Following the new DA mayor of Joburg’s example – he turned over all luxury vehicles in the fleet he inherited to the police “to fight crime” and he said all his team can drive Hondas!

This is not a “paid political announcement”.  This message is non-partisan and pro-South Africa.  In fact, all my diatribes about Triumphalism were.  But from today they can be upbeat and optimistic.  Because Triumphalism is going the way of Destabilization.  Soon it will be only a memory.  Democracy rocks!