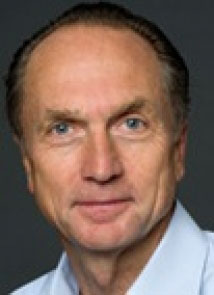 I am only too aware of the fact that “simple solutions to complex problems are invariably wrong “. However as we also know it is easy to write a long speech, the real challenge is to write a short one.

So in the interests of brevity and fully conscious of being ridiculed as simplistic and naive here goes.

The USA has long intrigued me as to why, after such a modest beginning, its people have achieved what they have . After all in the relatively short time since the Declaration of Independence and writing of the The Constitution (1789) they have risen to be the world super power that they are and have been for decades.

Clearly not perfect by any stretch of the imagination but their pre-eminence cannot be denied.

As I firmly believe that principles help hugely in promoting objectivity and rational discussion, I have tried to distil what I believe to be the key underlying principles on which their “success “ has been built. Amazing how often I find we tend to debate opinions but seldom principles and as result end up blurring our thinking with emotion.

Seeking enlightenment as to these core principles I took some time to study, as best I could , the history of the USA. From this I then distilled what I believe it’s key founding principles to be.  Or at least some of them.

Democracy articulated by their Founding Fathers and enshrined in a visionary

(certainly at the time) Constitution. One so admirably defended by Thomas Jefferson in 1800 against his monarchist rival Alexander Hamilton.

Ambition, Work Ethic and Fortitude as epitomized by the founding fathers of its material success between the 1850’s and 1900 which you will note happened during and after the devastating Civil War. In short order these people were:

– The founders of the Central Pacific and Union Pacific railroads including one Leland Stanford who founded a Stanford University.
– JD Rockefeller who, when oil was discovered in 1858, at the tender age of 18 recognized oil for what it was and from the ground up built the Standard Oil company.
– Cornelius Vanderbilt of railroad and shipping fame.
– Andrew Carnegie the king of steel.
– JP Morgan financier without peer.
Not just amongst the world’s most successful capitalists, but also amongst history’s greatest philanthropists , proving that capitalism is not all about greed as it is so often accused of being.

Principled Courage in the interests of Nation Building as proven with the devastating loss of life in the Civil War. More than 350,000 Union soldiers, mainly White, fighting for the right cause and to alleviate the condition of those subjected to slavery in the South. More than 350,000…then. One flag.

Ingenuity with Thomas Edison as the shining light (you will forgive me), surely the greatest inventor of the 19th century, despite a prep school teacher of dismissing him on account of his brain being “addled”, doubtless on account of his abnormally large forehead!

An independent judiciary as evidenced for example by the ruling ending Standard Oil’s domination of the oil industry.

Luck – Always need a little of this. Trick of course is to recognize it for what it is and capitalize on it. The outcome of the decisive Gettysburg battle for example turned on a dime at a place with the unlikely name of Little Big Top.

In my simplistic opinion these are what comprised the foundation of the USA , tempered later of course by the humanistic vision of Martin Luther King Jr.

Yes of course they had a sizable population, resources etc. but the simple fact of the matter that without the above they would never have had a sense of nationhood or commercialized their resources as successfully as they did.

So what’s different to what we have right here, right now in South Africa? Yes we have our issues, our problems, our past ( you think the USA didn’t / still has ), but I am now talking about our future.

Do not for one second tell me that we as a people lack Democracy, a visionary Constitution, an independent Judiciary, Ambition, Work Ethic, Fortitude, Principled Courage, a sense of Nationhood, Ingenuity, a latter day Humanist and yes we have had some luck for sure. Just think if Mandela’s captors had executed him . Or, instead of sending him and his fellow comrades all to Robben Island where they could confer and bond, had dispersed them to various prisons all over the country.

I believe our country is populated by enough talented people with all the attributes described above, besides being endowed with natural resources and matchless beauty.

Surely nothing really stands in our way that cannot be addressed by recognizing these simple truths?

Only ourselves with our petty, political, self-serving, selfishness and lack of real will.

We blew it the first time round as Statesmanship wilted in the heat of political opportunism.

Now again is the time for Statesmanship, not just in the form of one person but in the form of us all. No cynical bystanders thank you. They may have given up on their dreams but we will not, shall not, dare not.

All of us actively engaging with a positive intent.

No more largesse for the indolent, but rewards for the deserving.

Not the fruits of capitalism for the few, but the fruits of its bounty for the many deserving and those who languish through no fault of their own. After all “the poor we will always have with us”. But let’s have fewer poor people, less poor. And let us do so without killing the goose that lays the golden eggs.

This should be the new South Africa . We rewrote the rules once and as recent events have demonstrated our Constitution and Judiciary are robustly alive, well and kicking. It united us and made us proud.

Methinks it is time to rewrite them again as we move beyond self-serving factionalism to principled, nation building, Constitutionalism.

After all the Constitution belongs to all of us so we should all be dedicated Constitutionalists – if not in word then in deed.

One for all and all for one Constitution (with due acknowledgment to Alexander Dumas Three Musketeers).

In conclusion if Martin Luther King Jr articulated a great humanists dream and our own Mandela held out the hope of the dream’s reality, then now is the time for us to grasp this second chance and actually make a reality of that hope.

That South Africaness is what will define, reward and unite us.

And the good news is that it ours for the taking.