Unbeaten throughout the tournament in Japan, the University of Cape Town’s (UCT) Ikey Tigers secured their second successive World University Rugby Cup title when they beat Bordeaux University 17–3 in the final match.

The squad’s winning streak began with victories over the University of British Columbia in Canada (40–0), Bordeaux University in France (52–0) and a combined New Zealand Universities team (33–14) in the group stages.

The Ikeys then faced old foes Oxford University (United Kingdom) in the semi-final – they met at the same stage in the tournament four years earlier – before going on to secure the title over the French side at Kamiigusa Stadium, Tokyo.

The Ikey Tigers claimed the inaugural title in Oxford in 2015, beating Trinity College Dublin, after being selected following their 2014 Varsity Cup triumph.

UCT Rugby Football Club director Johnny Biderman-Pam, commenting on the significance of the team’s achievement, said that winning back-to-back World University Rugby Cup titles is an indication of the strength not only of UCT rugby, but also of South African rugby.

“This Ikeys squad have come to Japan and made a huge statement on the international stage, setting the benchmark for university rugby the world over,” he said. 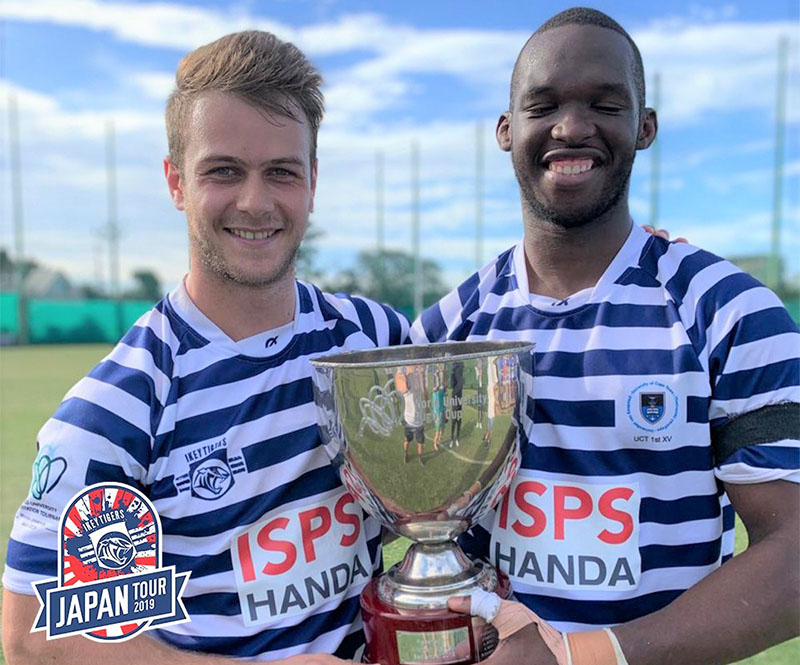