UNDERSTANDING Agriculture in SA – made simple,

with some important conclusions. 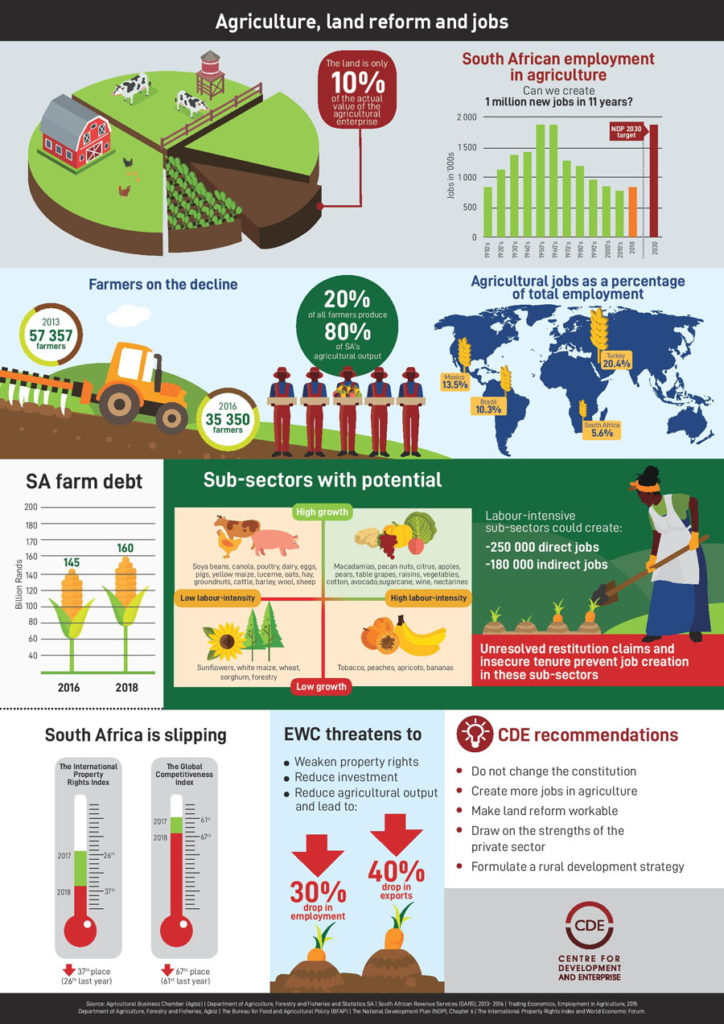 If expropriation without compensation (EWC) happens, and if the land is only 10% of the value of the farm, who will pay for the 90% improvements? ‘Taking it’ will be tantamount to theft and end up in court with the ‘thieves’ charged. Black First Land First don’t get this, nor do the EFF.

The agricultural sector remains one of South Africa’s largest employers at just under 1 000 000 farm workers , what will happen to these staff in the instance of EWC?

Some 15% of land is in the former homelands under the tenure system run by various Kings and their chiefs. Be bold, convert it all to title deed – that’s orderly reform.

Nowhere in the world as expropriation without compensation resulted in improved capital formation, on the contrary it is resulted in the collapse of once viable economies. Just look north!