Research by online job aggregator Adzuna on over 140,000 job listings and 1,250,000 job seeker searches puts technology and finance skills increasingly at the top of the rare skills pile.

In May 2018, Adzuna.co.za dissected over 140,000 online jobs to find out which skills were sought after, as well as how many job seekers were searching for those jobs. The same research was carried out in September 2017, and what has changed is interesting indeed. The research is not definitive, but gives a very clear impression of the state of skills in South Africa today.

Put simply, a job advert for a Civil Engineer shows demand for civil engineering skills, while a job seeker search for “civil engineer jobs” depicts a supply of that skill. Combining these numbers gives a “rareness factor”. The higher the number, the rarer the skill, with more demand than supply.

Topping the rankings for 2018 thus far are the usual culprits, technology (programmers, IT, etc) and financial skills. What is surprising is the relative drop in rarity of engineering skills. “Either engineers are more abundant, which is doubtful, or for some reason less engineering skills are being advertised for,” says Jesse Green, Country Manager for Adzuna South Africa. “The average salaries have remained high, though, for engineers.”

Developers and accountants are in high demand and few of them are searching for jobs as of May 2018. Accounting skills in particular have seen increases in rarity of over 100%.

Civil engineers, in particular, have come in at over R628,000 on average, quite unchanged since September 2017 with only a 3% increase since then, mostly matching inflation. In fact, while the rarity of skills may have changed, salaries are overall much more stable. Only Sales Managers have see a correlation in rarity and salary increase. Sales management skills are 123% rarer and have seen a 12% average salary increase over the past 8 months.

Registered nurses have seen a massive increase in demand and “rareness”. The emigration of 20-30% of the nursing workforce (according to scientific journal papers published between 2001 and 2015) has had an impact on this sector of the job market. However, the exodus of these skills is decreasing, which should see a reprieve to the numbers, which is not the case. Also, although nursing skills are rarer, the salaries have not improved much, only going up by 4% since last September.

Other skills from a selection of the research are set out below in a table. People management and executive skills appear to be up to 80% rarer than last year. Meanwhile drivers, secretaries, receptionists and salespeople are not as difficult to find or in more abundance. Not all job titles in the survey were included in this article.

The research is insightful and meaningful to many. Graduates and scholars would do well to see whether their intended line of study is going to be in demand and bring them a well-paid future. Companies, on the other hand, need to find innovative ways to recruit candidates in scarce-skill positions.

Research data table for May 2018 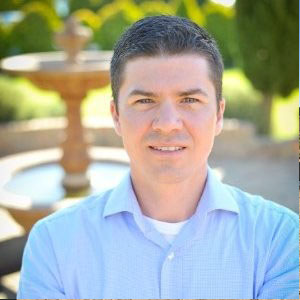