What does WYSIATI /’VE-SI-HA-TI mean? 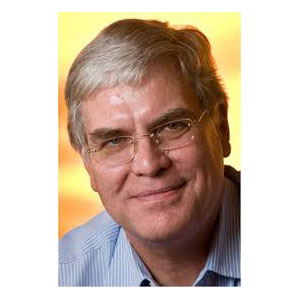 There are two characteristics of “detail”; the first is that it is where the devil lurks; the second is that it never, or seldom, makes it into mainstream media. In this riveting article JP Landman unpacks three important political announcements that were made last month (Comment – Steuart Pennington)

But what is WYSIATI?
JP Landman “Psychologist Daniel Kahneman was awarded the Nobel for economics for his work on how we make decisions. A common mistake he identified is WYSIATI – what you see is all there is. We focus on one thing and do not see the bigger picture.

Both the President’s and the Finance Minister’s statements have made it clear that the chosen path is structural reform – making changes in the economy to improve productivity and longer-term growth. Growth salvation will not come from the Budget, but from structural reforms in the real economy. Boring and not headline-catching, but real.

In fact, general criticism about the Recovery Plan was that it is nothing new. Precisely. No easy money, no new policies – just working to improve the basics. When parliamentarians denounced that the plan is a repeat of old ideas, the President conceded. What he offers, he said, is a new resolve and political will. So, is there evidence of a new political will?

In October there were three important political announcements about the economy: the Expropriation Bill, the Post-Covid-19 Recovery Plan and the mid-term Budget. When combined, they paint quite a picture of where we are going in respect of:

And, as JP Landman concludes:

The full article is a riveting and important read:  http://www.jplandman.co.za/Home/Read/562. It explains that there is evidence of new political will….if we do not commit WYSIATI.

Take the highly contested Treasury document on economic reforms. When it was first published in August 2019, a prominent investment banker with ANC ties dismissed it as ‘Treasury (having) gone rogue’. The commentariat had a field day with divisions in government, the improbability of implementation, unhappiness of the unions and so on and so on. By February 2020, Cabinet adopted the document, and it became government policy. This October the President announced that he himself, with Treasury, will oversee the implementation of the paper. From ‘going rogue’ to official policy to presidential oversight – all in about 14 months. If that is not evidence of political will …

Then there is the government’s willingness to commit a breach of contract in April and not pay the third year of agreed salary increments. The mid-term budget reinforced this by pencilling in wage increases of only 0,8% per year for the next three years.

Consider the politics: Cosatu unions are the majority in the public service, are alliance partners of the ANC, and played a critical role in Ramaphosa’s rise to power, yet government is taking them head on. The wage fight is certainly not over, but one cannot say that government does not have the political will to tackle the issue.

A third piece of evidence is energy reform. I have written extensively about energy and will not repeat it here, suffice to say that we are seeing the biggest reform of energy in decades, and the biggest structural reform since agriculture, transport and broadcasting in the mid-nineties. When the President launched the reforms in February 2019, the reaction was ‘it will not/cannot happen’. Yet it is happening 20 months later.

Here the WYSIATI mistake is to see only load-shedding or irritating bureaucratic delays and not the structural reform playing out.