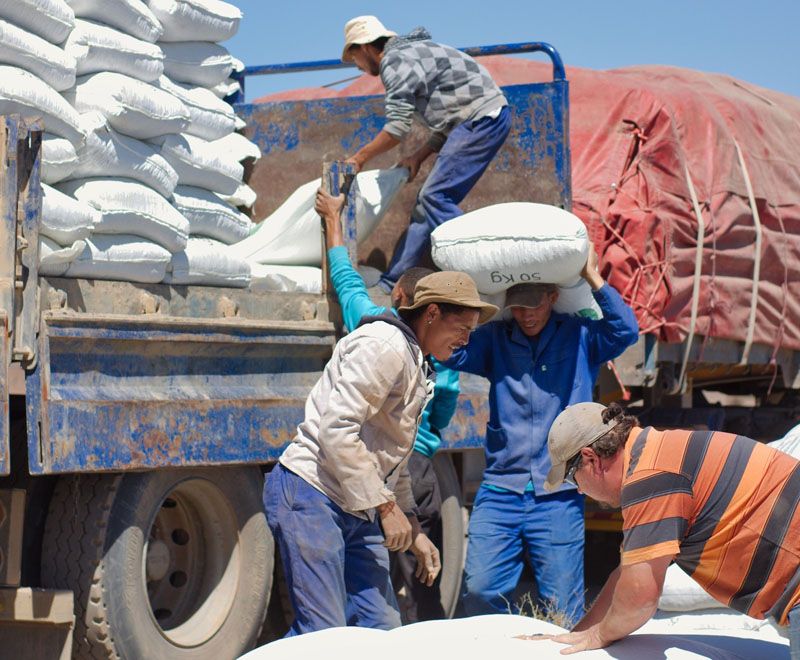 Over 100 Northern Cape sheep farmers, who have been adversely affected by the ongoing regional drought, have been thrown a life-line, by the two local wind farms.

Loeriesfontein Wind Farm and Khobab Wind Farm responded to a formal request for drought relief support from both commercial and emerging farmers, who represent 118 farms, all desperate for assistance that will help them cope with the ongoing devastation caused by the lack of rain.

“Farmers, some of whom are facing ruin, are desperate for assistance that will help them cope with the situation and aid in avoiding the economic knock on affect, that will impact the local community of Loeriesfontein,” explained Vanessa Fredericks, Economic Development Manager for Loeriesfontein Wind Farm.

Sheep farming has always been at the heart of the town of Loeriesfontein, and the crippling effect of the recent drought is threatening to directly affect an estimated 177 households, which account for over 20% of this community. With more than 600 local Loeriesfontein people earning a living off farming, the survival of the industry cannot be left to chance, whilst farmers wait for the summer rains to come.

Working together with the three farming unions, the programme ensures that the historically disadvantaged community of Loeriesfontein has been prioritised, with the support programme providing assistance to Emerging Farmers and Commercial Farmers on a 65:35 split.

Commercial farmers have given their written undertaking that, for the duration of the support, they will not lay off any worker from the community, unless for compelling legal reasons. The programme also outlines that farmers whom have benefited from State drought relief will be supported to a lesser extent.

In addition to this, a food bank is to be established for Emerging Farmers, who will donate 10% portion of their respective allocations for future use by members.