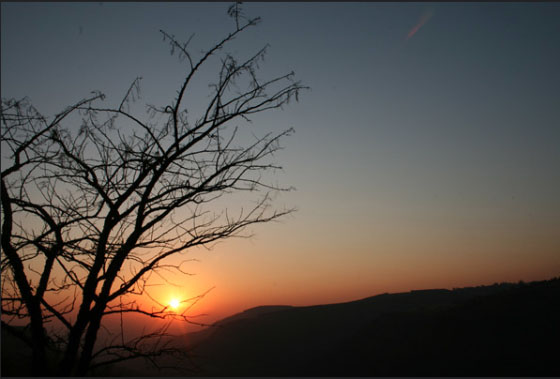 When February draws to a close, even while the weather remains hot, something subtle happens to the quality of the light; a nearly imperceptible softening of summer’s bright glare. You have to have been here a really long time to notice this tiny shift. My husband has only lived in South Africa for 30 years, so many of its nuances remain lost on him. But hidden somewhere in the strands of our DNA lurks a knowledge that’s been passed on for millenia. It has to do with communing with nature; when the survival of our hunter-gatherer forebears depended on a minute reading of the environment. The days might feel like summer, but autumn has descended.

Last night I gave myself a sleepless night by reading a Christopher Hope essay on Zimbabwe, in particular about the white people who stayed on after the election. He describes them as somnambulists, daytime sleepers in a country which is, in his words, ‘an eternal afternoon.’ Drugged by sunshine and servants, in a torpor of privilege, they didn’t believe Robert Mugabe when he told them he was going to take away everything they had. They misread the climate, and how much they were loathed. Not happy reading for a white girl living on the Atlantic Seaboard. It’s lazy to draw simple parallels: Zim is Zim and we are here and the countries are not the same. At the same time, one can’t help wonder, as our country is plunged into literal darkness and we reach passively for the candles, are we also sleepwalking into an abyss? And if we are, where the hell will we go? Even if we find ourselves passports, where else would ever be home?

Telling Africans they aren’t Africans is like telling fifth generation Germans they aren’t really German. ‘You see, there are Germans who are Germaner than you.’ Maybe there are. If genetics is what gives us our identity. I’ve never done that DNA test, but if I did and if I was – for argument’s sake – 80% Khoisan (which is not that far off, actually, as I am one quarter pure Afrikaans, and that lot were vrying with everybody), then would I be African? Or still not? These are the things I think about at 4am. What I do know is that our small colonial hangovers like eating trifle at Christmas do not make us British. For one, we don’t go pink in the sun and also we don’t have vrot teeth. I’ve spent a long time pondering what makes us who we are.

I have a friend who is an animal behaviourist. He grew up in the Transkei, on the beach, in the wild. When we go away on holiday he spends the entire day out on the rocks fishing, gathering mussels, communing with nature. He is as much of this earth, of this continent, as the Nguni cattle he has raised, the fynbos he identifies. He is white and the most African person I’ve ever met. Transplant him to Europe and he would wither and die, like a succulent in an English country garden. Transplant me to Europe and I’d love my look in a woollen coat for around 11 seconds before withering and dying, too. I was warned by a healer once that if I stayed in Northern Europe I would get sick. He was 100% right. I was already sick, I just didn’t know it till I got home and could breathe again.

We, who are of this place – who recognise its subtleties and perceive its nuances; who call people sisi and bhuti and understand Kaaps and know exactly how Auntie Washiela from the Bokaap sees the world – we don’t transplant easily. A while ago we had family from Denmark stay with us. For two weeks we were tour guides, showing them the dramatic splendour of our coastline, the ridiculous beauty of the wine route. I found myself trying to explain South Africa to them. I got tongue-twisted a few times; contradicted myself. It’s a very, very difficult landscape to reduce to simple sentences or, even with time on your hands, adequately explain. I had to simplify everything into soundbites. Sometimes they roared with laughter. Other times they went quiet. Where they come from things are so simple. People are all the same and everyone is fine.

It would be hard to find a more complex mileu with a weirder history than ours. When we’ve been traveling and we arrive at the departures gate in Doha for our plane bound for Cape Town I recognise my people immediately. I don’t know what it is that makes us so identifiable, but you can’t miss a room full of South Africans. Badly dressed, chatting to all and sundry, a roomful of mongrels. We are, after all, braks; pavement specials; hybridisations of all that has been. We are the products of centuries of travel to and from this beautiful land; brown faces with blue eyes. White faces with kroes hare. Even my hair minces when it’s humid, and I’m whiter than the driven snow. Before we were apart we were very much together. The evidence of our coupling is clear wherever you look.

We file patiently onto the aircraft. We smile at each other in recognition. Wherever we have been on the planet, now we are here with our tribe ordering the chicken or beef and loving the free drinks. Yussus, check at us larnies. Afrikaans, isiXhosa, Sotho, Kaaps.  I’ve tried to identify what it is that makes an Afrikaans face so recognizable. You see it long before you hear the language. I try to separate the features – is it the jawline? The eyes? The nose? Who knows, it just is. Charlize Theron looks like any girl from Durbanville (yes, we are that gorgeous).

Only, I don’t think it matters where our distant ancestors came from. What matters is where we are now. The only things we know for sure is that we are fucking mad. Nobody is the same and nobody is fine, but that is our normal. Sometimes, when I get freaked out about Eskom or the EFF or the ganglands or the girls getting raped and murdered I think, are we misreading the climate? Are we daytime sleepers on our loungers on Clifton 4th, and is summer drawing to a steady, chilly close? Many insist it is. I say, I don’t know. We’ve been asking ourselves this question for 600 years. But while we decide, let’s put on some Mandoza and dance.