Despite the uncertainty that surrounds us, there is a lot of serious thinking going on! 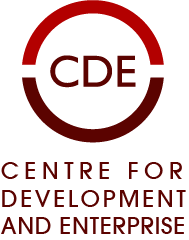 I am a subscriber to the CDE reports, they more than demonstrate the enormous concern that thinking South Africans have for the challenges that confront us. Here are a few examples:-

Youth Unemployment: An agenda for Action

The Centre for Development and Enterprise (CDE) launched a new series of reports on South Africa’s crisis of youth unemployment in Johannesburg on 16 August 2017.

Youth unemployment is the country’s most pressing socio-economic crisis. South Africa’s economic strategy has not produced the growth or employment that we desperately need. There are numerous initiatives to address the challenge but they have had only limited impact on the vast numbers of young people without work.

–         No country for young people: The crisis of youth unemployment and what to do about it, see here

CDE has also prepared a guide for smaller cities and towns entitled, Citizens in Action: How to build constructive business-government relationships in urban areas, see here