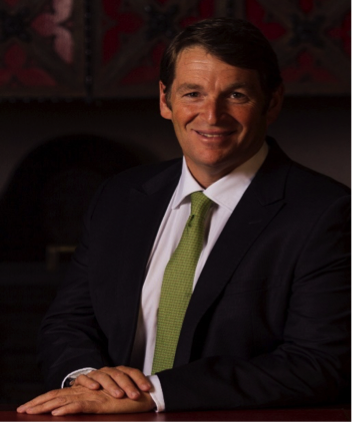 Investment in residential property in South Africa continues to shine

To say that it’s been a tumultuous year for the planet is definitely an understatement, and yet in the face of a sluggish and uncertain domestic and global growth environment and ongoing socio-political challenges, the residential property market in South Africa continues to exhibit extraordinary resilience and remains one of the few bright spots in an otherwise relatively lacklustre economy.

So says Dr Andrew Golding, CE of the Pam Golding Property group, who adds that this is despite five consecutive years of subdued economic growth, a severe drought and repeated bouts of rand weakness, which have ignited renewed price pres­sures and prompted the Reserve Bank to gradually but repeatedly, raise interest rates before stabilising them.

“The strength of the housing market is attributable to the continued vibrancy of the country’s major metro areas coupled with an ever growing preference for property as an asset class at a time of extreme financial market volatility.

“Examining the overall housing market in greater detail it becomes clear that – even though national house price inflation is beginning to slow – there are still several sectors within the local housing market which continue to flourish and register positive real growth rates.

“For example, during the year to date, house price inflation in the Western Cape has risen by 10.35%. Adjusting for inflation, this translates into a real increase in house prices of 4.2% during the first nine months of the year.”

The outperformance of the Western Cape housing market relative to both Gauteng and KwaZulu-Natal began in mid-2013 – which more or less coincides with the start of the semigration of buyers to the Cape. Factors fuelling movement to the Cape – the appeal of a proven record of service delivery, access to excellent schooling and the attractive lifestyle – are showing no signs of slowing down. There is still real growth in the property market.

As a region Gauteng attracts the majority of South Africa’s first-time buyers – many of whom move to the region in search of economic opportunities at the early stages of their careers.

Given South Africa’s relatively young population profile – with the majority of South Africans still under the average age of the typical first time buyer (34 years according to ooba) – demand from the growing number of first-time buyers will continue to provide a positive fundamental underpinning for the South African housing market for the foreseeable future.

Dr.  Golding says although house price inflation in Pretoria has slowed in the past few months, development across the Tshwane municipal region continues at a rapid pace, and many residential areas retain highly active property markets.

One major infrastructural investment which is likely to have a significant impact on the housing market in several Gauteng suburbs in the year ahead is the planned extension of the Gautrain.

House price inflation in KwaZulu-Natal is experiencing a modest rebound – with growth in prices rallying from 5.4% in late-2015 to a level of 7.5% in September 2016. Housing demand appears to be particularly buoyant along the northern KZN coastline, with buyers showing a strong preference for properties within secure estates.

In the Eastern Cape house price inflation is currently gaining momentum as massive infrastructural and property investments in the region bolster activity in the local housing market.

Nelson Mandela Bay has registered average house price inflation of 5.4% during the first half of the year, making it the third highest performing metro area in South Africa. During the past five years, freehold properties have risen by an average of 22.1% in Port Elizabeth and 29.2% in East London.