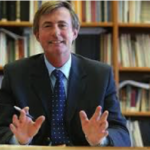 by Cees Bruggemans and Peter Bruce. 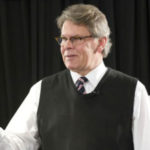 Things happened in SA yesterday, all ANC focused, but that somehow got drowned out by the surprise unfolding during the night. Trump won through, enough to win decisively. And take the House & Senate with him. That clean sweep is the real message.

It changed the global scenario. Where will this take us?

Clearly, during pre-vote polling many people didn’t quite tell the honest truth. Embarrassed to admit they would vote Trump? Especially educated people? Whatever the precise explanation, a majority of American voters in this election decided they wanted change and not the usual establishment.

Market reaction was one of shock, a Trump win written off in recent days as a Clinton win was being hailed. This led to massive equity futures sell offs during the night, the Dow at one point over 800 points down. As Asia & Aussie opened, the sell offs were dramatic, and this traveling west as markets opened.

It fired up the safe havens, the US 10yr bond yield dropping to 1.74% and gold rising to $1325. The uncertainty spiked badly, and travelled around the world as equity markets tanked at least 5%. This was more than Brexit. This was a global hit, being America.

As with Brexit, however, this emotional overreaction can be a nice buying opportunity, if one can get the timing right. The selloff already moderating during the course of the night.

Watching the unfolding commentary, the one refrain coming through by Trump apologists was that business & markets will eventually like a Trump presidency. He will be sensible on trade (perhaps). Far more important, you will love the tax cuts and fiscal spending (and lifting of Obamacare).

Whatever the merit of these noises, what’s important is what’s playing between the ears of a majority of people and businesses. Shock among Democrats, yes, but how long before a majority sees benefits coming its way (however defined) and businesses and markets reckoning earnings will benefit.

As shock calms down (how long will it take compared to deepen & prolonging?), and a President Trump comes into focus, the outcome may not be recession, but instead strong stimulus, a growth impulse and the Fed having to be on the curve in 2017 with rate hikes (though presumably not of super-strengthening the Dollar and undermining US industrial performance).

It is a disturbed outlook, one in which the Rand may weaken as capital flows favour the US and bond yields worldwide rise (though not stampede?). It also should keep a vigilant SARB on its toes. No time for rate cuts yet, also bearing in mind our contorted domestic politics as the Zuma era keeps prevailing despite much civil opposition.

And then there is the rest of the world. Specifically Syria (Middle East), Russia (Europe’s eastern flank) and China (all those new man-made islands in the China Sea). Turkey’s Erdogan has already indicated he won’t deal with Trump (before getting thumped by Trump?). Putin might be invited to negotiate a way to get along (while Europe will get invited to pay for its own Nato defence). China to me is a major unknown. Two major egos getting in each other’s way and having to get along, somehow.

SA will unlikely to rate high on any Trump agenda, unless we choose to be difficult about something. We will in any case be far too much internally preoccupied.

And as Peter Bruce said “Trump’s victory is the crest of a rising tide of nationalism in the world. The new nationalism isn’t about pride in the country. It romanticises the nation-states of 80 years ago, but it is also ugly and angry, filled with grievance and vengeance. It has come alive in England, in China, Russia, Poland, Japan and now the US. It will soon live in France and possibly even Germany. It wants new territories, it wants “our country back”, it wants “our jobs back”.

It is protectionist and resentful, greedy and violent. One day, probably not in my lifetime, it will lead to war.”