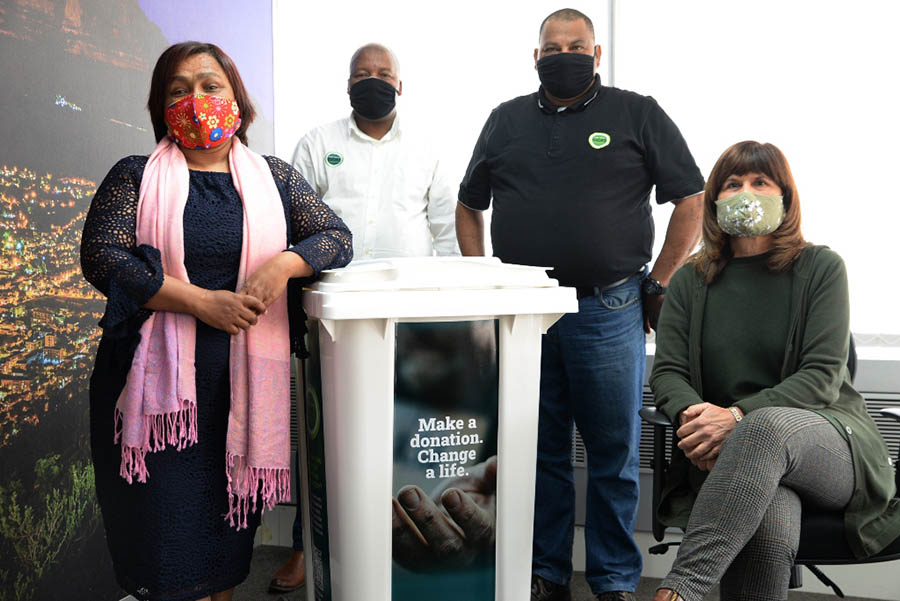 The development of a new Street People Policy which allows the homeless to be part of the process is very welcome, says Pat Eddy, Social Development Manager at the CCID. Here Eddy, who has been working in this field for decades, explains why she’s always been on a mission to assist the homeless to become contributing members of society.

With grown-up children who have long left the nest, Pat Eddy could have retired years ago. Yet, today, she still finds herself occupying the role of mother, educator, comforter, provider – and more – to those who need it most. Her broad smile and kind eyes belie the challenges she faces each day in her role as Social Development Manager for the Cape Town Central City Improvement District (CCID), where she works closely with non-governmental organisations (NGOs) to assist the city centre’s most vulnerable individuals: those living on the streets.

Eddy’s passion for the city she calls home has allowed her to wholeheartedly embrace these challenges for the past 12 years. “When I first stepped into the role, I didn’t realise the magnitude of the challenge,” she says. “But to see some of the chronic homeless – many who have lived on the streets of the CBD for more than 15 years – begin to find some meaning in their life and reach a stage where they are able to move from the streets, is enormously encouraging.”

Eddy and her team at the CCID, along with the strong relationships they have formed with NGO partners and the Department of Social Development (DSD), work tirelessly to rehabilitate and migrate these individuals off the streets to become contributing members of society.

And they are more than equipped to do so. Prior to taking on the role of Social Development Manager in 2008, Eddy had no experience working with the homeless. However, her training as a social worker through the University of Cape Town (UCT) and her various roles working at the Red Cross Children’s Hospital, with the elderly and supervising other social workers, has prepared her immensely for a task that, to many, may seem daunting at best. Her team, social worker Shanien Rich, and field workers Mark Williams and Headman Siralarala, are very well qualified and bring a wealth of knowledge and experience, specifically on child protection, to the table.

She is optimistic about Cape Town City Council Mayco member Zahid Badroodien’s initiative  to support the Inkatalo Conversations – a facilitation process which allows citizens, particularly those who live on the streets, to provide input for consideration in a new City Street People Policy, as well as the recommendations towards a wider strategy to address homelessness in Cape Town. As a member of the Voluntary Advisory Council, she will bring her vast knowledge and expertise to the table.

Acutely aware of the realities that come with working with the homeless, she says: “We can’t make this problem disappear; all we can do is assess the different situations and refer the individuals to the most appropriate resources available.

“Often, individuals do want help but for whatever reason, they are either unable to seek it out for themselves or don’t know how. My team and I have to build relationships of trust with these individuals and assess their circumstances before being able to assist.”

And it is for this reason that she feels the Intakalo Conversations and the development of a new Street People Policy is a step in the right direction. “It really is a sincere attempt to genuinely engage with partners and, as the CCID, we are hopeful it will make a meaningful impact and change the current homeless situation.”

Not that the CCID has been resting on its laurels. In fact, by forging meaningful partnerships with the likes of Youth Solutions Africa, The Hope Exchange, Khulisa Social Solutions and others, through effective rehabilitation and work-based programmes, Eddy and her team have managed to reconnect homeless individuals with their children, restore their dignity and change lives. “I always believe there is the ability for a person to change and we can’t give up hope in that person,” she adds. “I have a belief that, given sufficient support, we’re all able to make improvements in our lives and become contributing members of society.”

She is especially excited about the prospects of one pilot project, Streetscapes, a Housing First initiative in Chester Road Walmer Estate. “We have been collaborating with Khulisa since 2015 when the Streetscapes project – which addresses the multidimensional needs of homeless individuals through an integrated work-based rehabilitation and reintegration programme – was introduced. The programme offers supported employment opportunities, housing and psychosocial support and is aimed mainly at chronic homeless individuals – those that have lived on the streets for many years.

“One woman who has lived on the streets of the CBD for more than 25 years and is an alcoholic with hugely problematic social behaviour started working in the East City and is now living in the Streetscapes house, which is amazing. I would never have believed that she would ever move off the street, so there is hope for everyone,” reflects Eddy.

That said, the programme also teaches correctional behaviour, she says. There are consequences for behavioral issues: “The individual will need to withdraw themselves from the house for, at minimum, a three-week period. They will be allowed to stay on the rehabilitation work-based programme but unless they can show a commitment to improving their behaviour and the other housemates are prepared to accept them back, they will not be allowed to return.

“Pilots like these are wonderful and, as a homeless sector and as representatives of the City, we can learn a lot about what works and what doesn’t. These types of innovative and sustainable solutions are what will drive the City’s homeless agenda if implemented correctly.”

As she awaits the potential success of the Streetscapes housing-first project, Eddy is knee-deep in another project close to her heart: the CCID’s annual Show You Care initiative. Through the generous support of members of the public the campaign once again aims to raise R100 000 for their six NGO partners in assisting the CBD homeless, while also raising awareness and support for the work Eddy’s team does every day. Ultimately, says Eddy, assisting the homeless is much bigger than just the CCID.

“There is no one-size-fits-all solution but, as a collective, we can find more meaningful, long-term solutions to continue making contributions to the lives of people living on the street.”